1920s Fashion w/Flapper and Jazz: A close look at the reference periods of fashion, which is in a continuous cycle of improvement, change and turning back. Our seventh stop is the 1920s, the age of jazz with its women called flappers.

Fashion refers to currently popular clothing styles. It always develops, changes and returns to the top. Every style and trend in fashion is recalled from an absolute time or era. That is why it is very important and valuable to have an idea about the history of this evolution.

As you get an idea about a person, you also learn about his or her style. While reading the history of humanity, it is inevitable to take a look at the history of fashion.

In this article series, we will take a closer look at the periods used by fashion as a reference. Enjoy your reading..

1920s Fashion with Flapper and Jazz

It was none other than the Jazz Age identity that defined the women’s fashion of the 1920s. The end of World War I and the 1918 Flu Epidemic fears with new technologies brought with it the rise of an enthusiastic youth identity defined as a flapper.

Contrary to popular belief, there were no short skirts and intense makeup that set the rules of the fashion of that day – although there were iconic and memorable looks. The fashion of the period was clearly defined by the female silhouettes in the masculine figure with flat breasts and loose fit.

The low-waist sleeveless dresses of the 1920s also saved women from the last vestiges of Edwardian formalities. With the widespread use of sewing machines, women could sew extremely stylish clothes at home. High fashion was no longer at the margins of the elite.

Women (in 1920 in America, 1928 in Britain) grew stronger with the gain to vote. The proliferation of automobiles and radio, and increased educational opportunities encouraged young women to cut their hair shorter and wear higher heels. Continue reading to find out more about 1920s fashion.

Throughout World War I, young women worked more outside their home than in the past. They drove automobiles and throw traditions into the background. The idea of dressing defined by gender began to fade away when women worked in factories during this period.

A form of cynicism that emerged in the aftermath of the war and the devastating 1918 flu epidemic created a youthful culture depicted in F. Scott Fitzgerald’s classic novel The Great Gatsby, celebrating fast living, dancing, and the intriguing sounds of jazz. The term “Lost Generation” was used for young people who ignored traditional values and lost their faith.

This new “lost generation” was deemed to have lost respect for authority and traditional morality. Young women were smoking and dancing Charleston. Short skirts made dancing women more free; The deep backs revealed the female body like never before.

Flappers used the clothes in an unusual way to give them new styles. They rolled their socks down to their knees and walked in a ‘flap’ sound in flat heels made of fabric or soft leather.

One Long One Short: Skirt Sizes and New Socks

With the emergence of scalloped and handkerchief hems in the early 1920s, unequal hems also became visible. Although the heights that rose dramatically in 1925 were one of the most defining features of the period, short skirts were mostly preferred by young women. Older women wore long skirts.

With the asymmetrical cuts of 1929, the lengths of the skirts became longer again. However, the flirtation of fashion with these short cuts progressed in parallel with the modern female image, and this style continued to take its place in wardrobes in the 21st century. Continue reading to find out more about 1920s fashion.

As the skirt lengths got shorter, the legs came out of nowhere. Silk and rayon stockings were attached to the garter with clips from their long sashes. Stockings in different tones have begun to be produced for the legs that are now visible. Flappers rolled their socks under their knees to move comfortably while dancing.

Fashion Designers of the 1920s

One of the names that entered the fashion world of the 1920s was Gabrielle Chanel, wearing comfortable sleeveless dresses, blouses and overcoats in dark and natural tones. Long, belted blouses and women’s clothing, which can be defined with plain embroidery, gained a completely different expression in 1926 with the little black dress by Gabrielle Chanel.

Another contribution of Chanel to the flapper look was the jewelry collection she introduced with long chain necklaces and multi-string fake pearls.

This new masculine look allowed women to wear draped, sailor style trousers at home or on the beach. Trousers, defined as “beach pajamas”, were the first forms of suits.

With its geometric shapes on natural lines, Art Deco played a significant role in the fashion trends of the 1920s. Continue reading to find out more about 1920s fashion.

With the discovery of Tutankhamun’s tomb in 1922, eyes turned to Egypt and the clothing styles and embroidery that recalled ancient Egypt were reflected in the designs.

The name behind the romantic looks enriched with quality lace, embroidery and beads was none other than Jean Patou. It was Jean Patou who brought this new feminine figure to fashion in tubular silhouettes, flattening the chest, narrowing the hips and ignoring the waist.

In 1922, Jean Patou became the first designer to engrave the initials of his name on sportswear designs.

Modern hygiene concepts encouraged women to wash their hair more often. Stripping away from traditional gender roles pushed women to cut their hair shorter and liberate from the complicated Edwardian hairstyles. Continue reading to find out more about 1920s fashion.

Although the bob hair emerged in America just before the First World War, it gained its main popularity in the 1920s. The fact that this new model required more frequent haircuts and the trend of wavy hair brought the explosion of beauty salons.

Narrow, head-hugging bell-shaped hats and headbands worn horizontally on the head were decorated with feathers, ribbons, beads, or faux flowers.

Women’s swimsuits are now being designed to have shorter skirts. Socks were also gradually withdrawn from this category, and the body was made more visible than in the past.

End of the Party

Although the Jazz Age was quite interesting, it had an end like any good thing. The ten-year party ended with the stock market crisis on October 29, 1929. Although the bankruptcy of Wall Street caused the collapse of the high spirits of the 1920s, it is possible to see the traces of the magnificence of the period and its stylish approach to life in today’s fashion scene.

Reflections of 1920s in Today’s Fashion

Other “Evolution of Fashion” articles 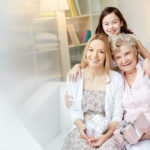 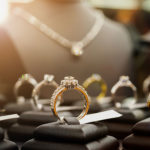